CLOUDY WITH A CHANCE OF PAYMENT - Make sure you know how to get paid!

Getting paid for the services and supplies that we all provide is the holy grail of any business, let alone in the Construction Industry. Why is it them that businesses not paying each other appear to be the worst offenders surely, we are the one who should know better than most the damage and disruption that late, continually delayed and reduced payments can cause.

Operating in the Construction and contracting sector, it will come as no surprise to anyone else in ply their trade here, that rarely a day goes by without someone screaming foul that they have not been paid for one thing or another. But are things that simple – is our industry, construction, as simple as someone saying thanks for that – now go away we don’t want to pay!

As everything in construction, things are not that simple. Unlike the TV epic “Can’t pay, won’t pay, we’ll take it away”, our industry has complicated deals, agreements that can make it very difficult and costly to take enforceable action and get the justice deserved.

For an example, let’s take a scenario where there is a Specialist Subcontractor working on a large project. Payments start off fine, escalate may be as the progress is pushed, then slow, reach and crawl and then…… stall altogether and hopefully not when you are hurtling down the right had lane of the M1. The cries start. Each party toing and froing with raucous yelps of “we’ve not been paid”, “oh yes you have”, “oh no you haven’t”….

Reminds me of the Christmas pantomime. Sorry we digress. Back to topic… 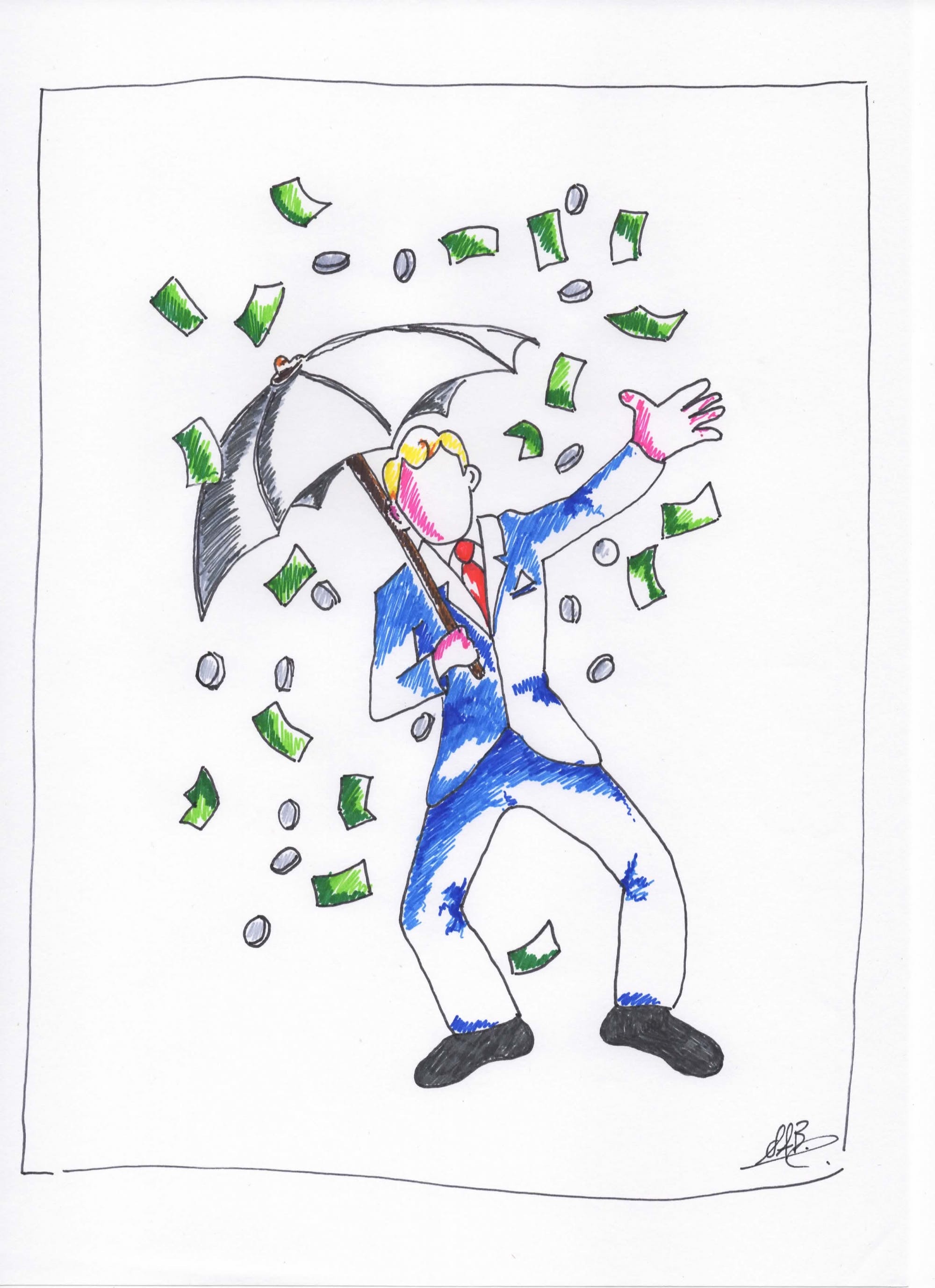 Now accepting that the deals we do are far from simple, it still doesn’t explain that when payment is concerned there appears to be some very big differences of opinion - surely the deals we do and agreements we sign aren’t so complicated that two sides interpret them and reach such wildly different conclusions-are they?

When non-payment issues arise, there is always something else underlying. It’s not normally simply down to I tantrum of “dunt wanna”. Normally the non-payment jibes come with some sort of explanation –

There is also old faithful –

Don’t get us wrong here, some of the push back can be genuine, but then again some of it won’t.

Regardless of which side you are on in such a debate, the best and only way to avoid the construction payment lottery is to stay focused on the detail. After all the one good thing that those complex deals and agreements (or the Construction Act for that matter) bring is a mechanism to resolve such issues swiftly, that is as long as we are all diligent and manage in the detail, at the times we are supposed to. Surely if we all take this approach the majority of scuffles of this nature will all get resolved and not escalate to a full-on bun fight. After all common sense does eventually tend to kick in when we have something to refer to and read. Won’t it?

Avoiding the roller coaster ride of payments is not easy, particularly as there is the human factor involved, but as always, our advice on this topic is very simple... getting paid in the construction industry is a process and that process starts way back with your tender submission and the resultant contract negotiations and formation. At all stages, pre and post contract, be proactive! Control the timing, control the outcome and if like us you do not want to place all of your faith in philosophy, and you are of course the Contracting party asking for payment, please consider the following few points.

(1) Understand the Payment Process from Cover to Cover

Payment provisions in contracts can vary wildly. Sometimes they even vary from contract to contract with a company you have worked with time and time again - after all they too need to follow their employer and clients expectations and needs. The trend for taking a standard agreement like JCT, NEC and FIDIC and amending them wildly is still common practice. These amendments can be a mine field! sometime they wont even make sense. But in the main these amendments can have you jumping through loops, dodging flax and having to administer and produce a plethora of paperwork in unfamiliar formats... and if you don't? The system will inevitably say NO.

Being prepared is all part of the brinkmanship that we seem to face day on day. Best way to be prepared is to understand the other parties role and line for that matter. You may put all of the pieces in on time, in the correct format, but if your counter part is not playing their part or forgot their lines, the likely result - the system still says NO.

A bit repetitious - but timing really is everything. In big companies, things tend to happen to a timetable, month or month. You can think you can change it, you can think you can influence it... but these companies are like tanker ships - nothings changing quickly! Believe us if you miss an intro or your theatrical cue - then the show will continue without you.

Its a commercial world out there and nobody likes to be too pushy - after all finding and grasping the holy grail of that next project win, could be made or broken on the back of a poor shout during the delivery of current projects. But don't forget if you don't get paid for variations and they are a critical revenue then there may not be a next project!

My own opinion is that when we negotiate a contract there should be some focus upon what if there are changes, variations, etc. The rules the process and the rates and prices for that matter should all be clear. If they are greta - no debate!

(5) Don't be afraid to swear - raise claims when you need to!

Claiming for delays, disruption, down time, acceleration is for many a swear word that many fear to utter. They will convince themselves "what if we don't get that next project", "what if they fall out with us"< "what if they stop treating us fairly"... etc., etc. The list can go on.

Claims are an emotive subject but if the chips are down, use them and use them professionally, wisely and timely. After all they could be all that lays between you and catastrophe. Considering the continuing trend for agreement drafters to include time barring provisions - our advice is simple. Delay at your peril!

(6) Help yourself by helping others

Anyone who has been in the trenches, it can sometimes feel like you are in the middle of a barrage - hence make your life easy and get paid, by making your counter part, those assessing your applications, life a little easier. In the day and age of the electronic file, it could not be less costly and more easy, to simply attach that file that you are making reference to.

When asking for money associated with progress, extras, etc. its always better to go with something other than "Please Sir can we have some more. This type of arguments do tend to be received with a little bit of angst from the other side. Why not add a set of photos showing where you got to, material delivery schedules, claims and variations documented fully, PMI's, CVI's, Dayworks, etc. It all will help.

One other thing - a pile of documents thrown together that would need a PhD to decipher won't help you. These things need to be understandable at the first review, else your application is going one place and one place only. The bottom of the pile.

Time after time, the situation arises over incomplete works or that one something not provided as the agreement stipulated. Don't duck and dive, get the job done as agreed and avoid the wrath of the contra-charge.....

(8) Protect your works and manage quality

Just like completing your project is important, completing it correctly, to the correct specification, standards and without damage is likewise as important. The wrath of the contra-charge loves nothing better....

The electronic age is great, but honestly we are still socialites deep down. Create a rapport, a professional relationship and talk to your counter parts. Email, etc. can all get misunderstood and when that happen BOOM - bottom of the pile again.

If you have stayed interested enough to get to the end... you may be interested in the further ramblings of "...contracts man in the trenches....". Please FOLLOW ME by clicking the button on the top... bottom... right... somewhere on this page? Or what about at least sharing the article? Thanks! Feel free to reach out anytime. 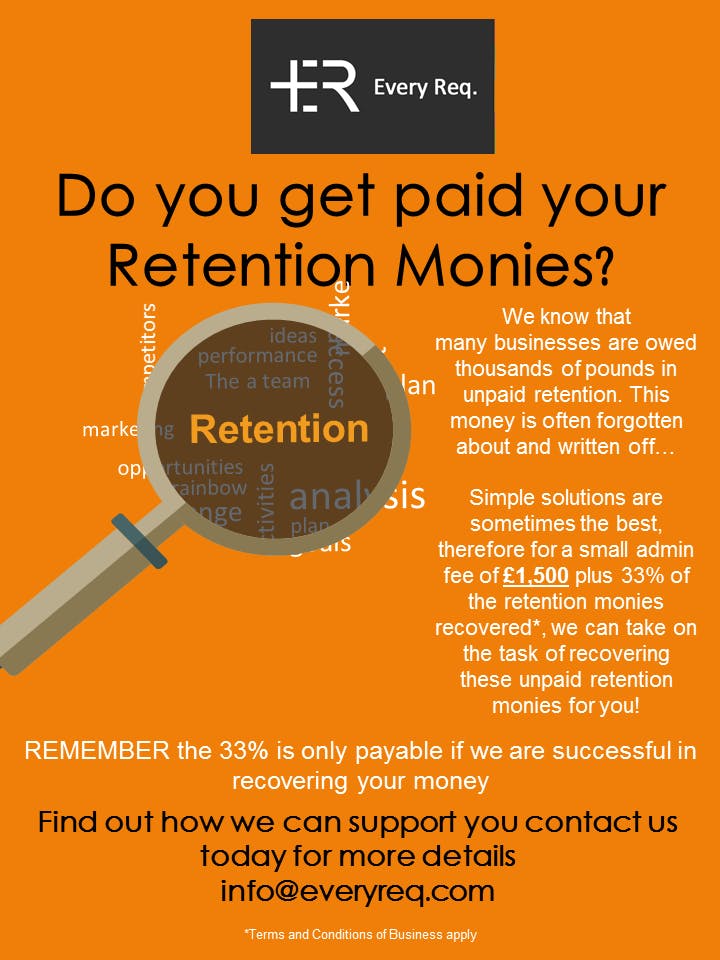 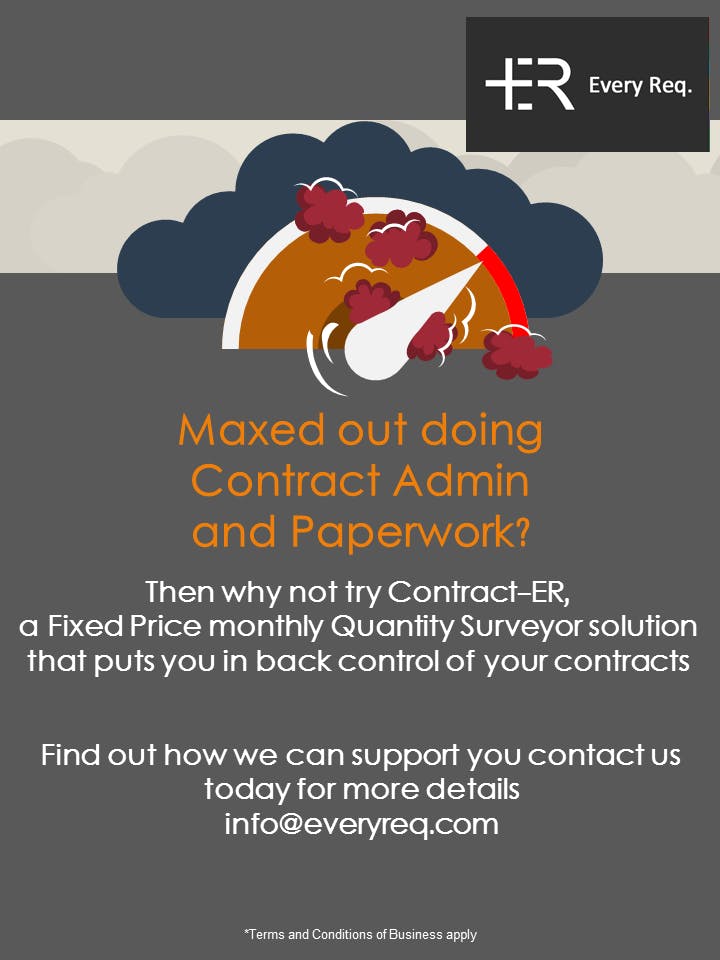 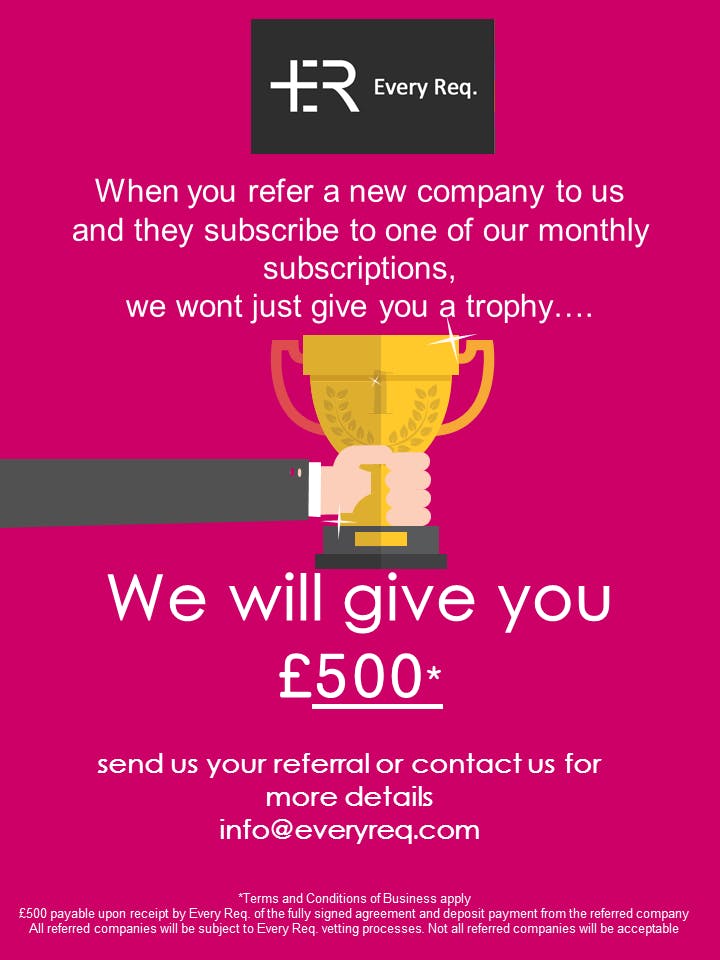 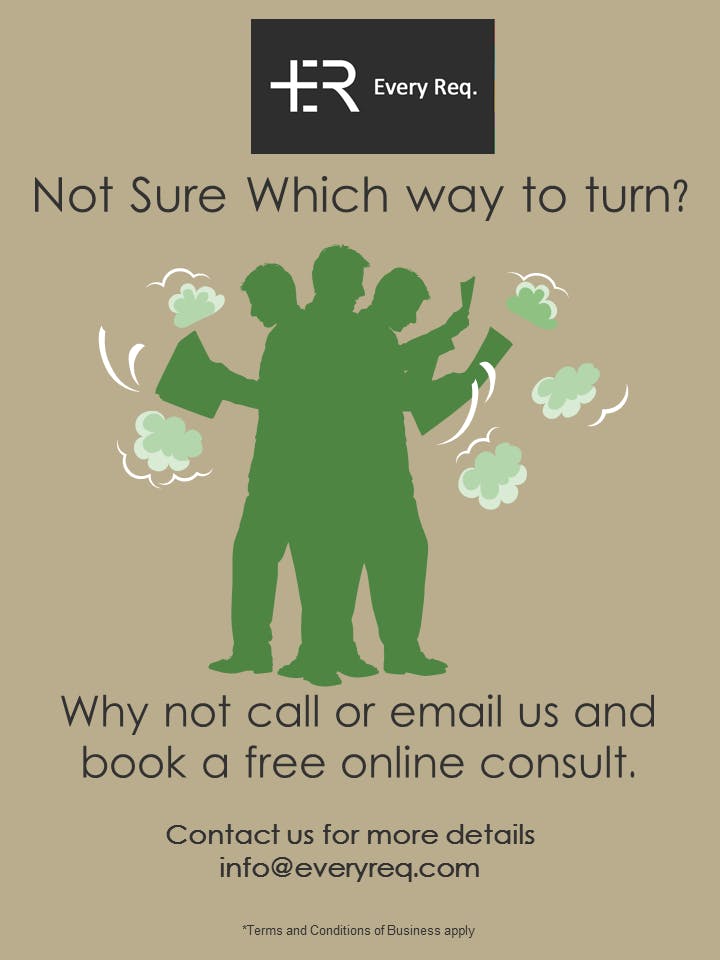 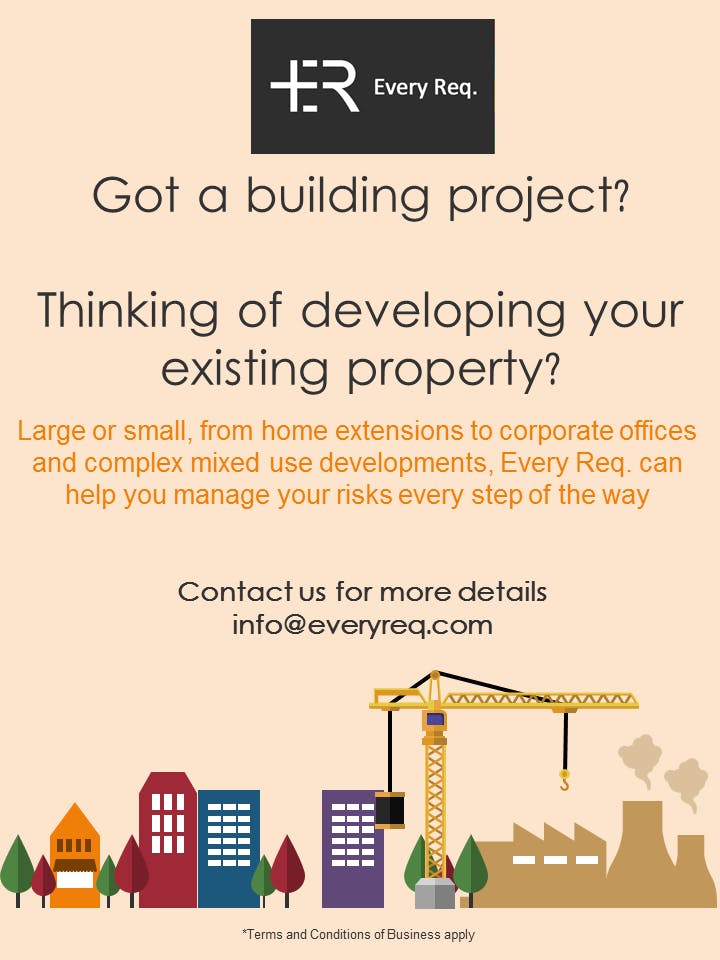 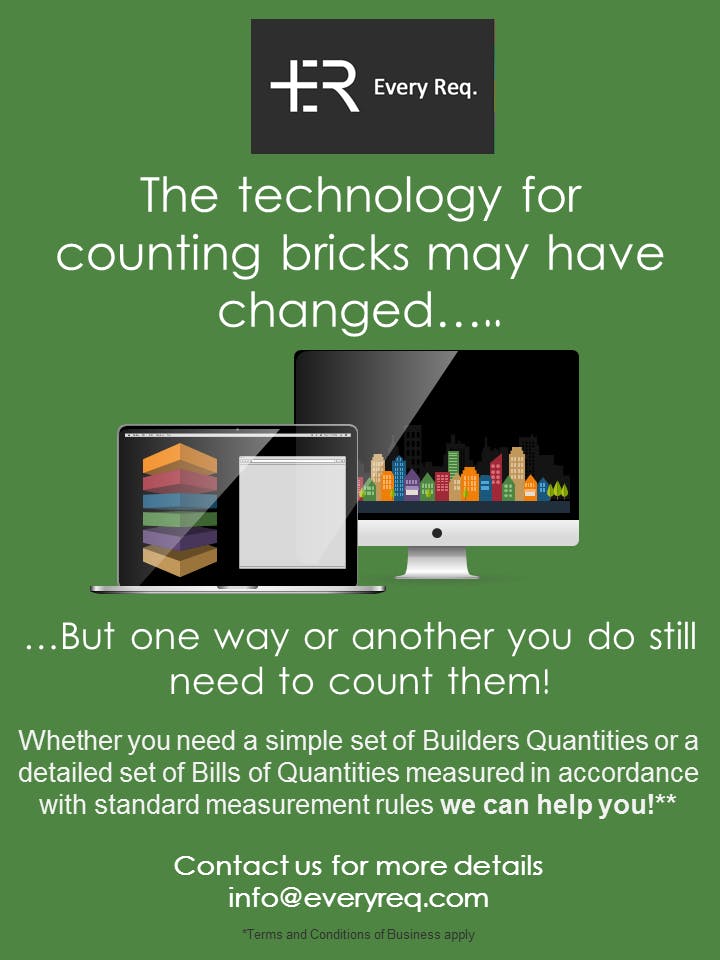 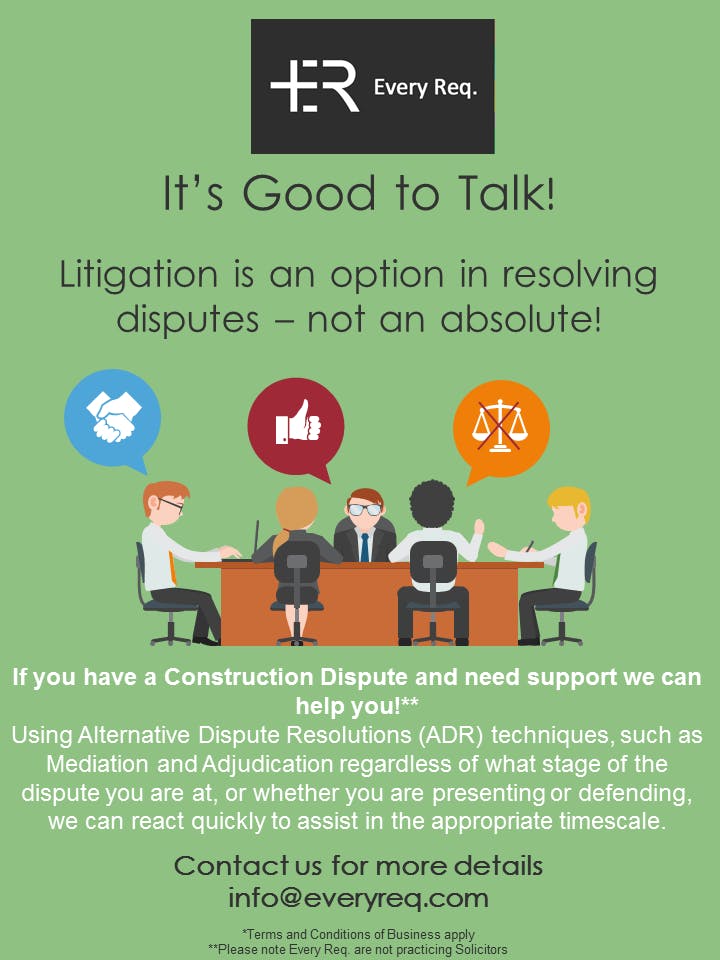